Made up Characters Wiki
Register
Don't have an account?
Sign In
Advertisement
in: VinnieImp, Male Characters, Males,
and 16 more

Michael Afton was born in the late 1960s.

In 1983, Michael begins to bully his little brother, jumping out and scaring him while wearing a Foxy mask.

During Evan’s birthday party, Michael and his friends decided to pull a prank on Evan. They shoved his head into the mouth of the Fredbear animatronic, which bit down on Evan’s head, crushing his skull. Evan was rushed to the hospital where he would be treated. During Evan's final moments, Michael apologized to Evan for his actions. Evan soon died from his injuries.

Michael finds a job listing for Freddy Fazbear’s Pizza, the restaurant is searching for a security guard to work the nightshift. He gets the job and goes under the fake name ‘Mike Schmidt’. He begins working on November 7th.

On November 12th, Michael gets paid $120 for the night shift. He spends a sixth night which earns him $120.50. He spends another night but is fired for unprofessionalism, odor and tampering with the animatronics' AI.

Years after the closure of Freddy Fazbear's Pizza, Michael is tasked by William to go rescue his younger sister, Elizabeth Afton, down in Circus Baby’s Entertainment and Rental, an underground facility storing the Funtime Animatronics.

Michael is hired and works there as a maintenance worker for five nights. On his fifth night, he has his insides scooped out by Ennard, an amalgamation of all of the Funtime Animatronics (who are possessed by The Missing Children and Elizabeth).

Ennard climbs into Michael’s body and uses it as a disguise for a week until his body becomes too suspicious as it begins to rot and decay. At that point, they are puked out into a sewer drain on the street. Michael’s hollow body falls onto the sidewalk but stands back up, now having Michael possessing the horrific empty body.

After his physical death, Michael starts to live in the shadows due to his appearance and makes it his mission to find his father for reasons unknown.

While Fazbear’s Fright: The Horror Attraction is being worked on, Michael takes a job there as a security guard, which doubles as him being a performer for the attraction. On his second night on the job, Springtrap arrives to the building, an animatronic possessed by his murderous father, William Afton. Springtrap attempts to murder Michael but fails in doing so as he sets the place on fire, likely as an attempt to end his father. This fails as Springtrap survives.

After working at Fazbear’s Fright, Michael begins to suffer from nightmares. The dreams feature nightmarish versions of Freddy Fazbear, Bonnie the Bunny, Chica the Chicken, Foxy the Pirate Fox, Fredbear and Spring Bonnie, Shadow Freddy and Balloon Boy. The nightmares take place in Evan's bedroom from 1983. The dreams persist for eight nights but eventually go away after that.

After the burning of Fazbear’s Fright, Michael finds a job as an entrepreneur for a new location called Freddy Fazbear’s Pizza Place. Michael manages the restaurant and finds animatronics and salvages them. This poses as a threat to Michael however as they start hunting him down in a maze of vents whilst Michael is busy doing work in his office. Michael lures them away using sound effects in the vents. He does this for five nights, which on the fifth night, the place is set on fire. Henry Emily, William's old business partner, was actually the mastermind behind it all. He had wanted to lure everyone into the building, with those being Michael, William, Elizabeth, Charlie (Henry's daughter) and The Missing Children. The fire kills Michael and Henry. 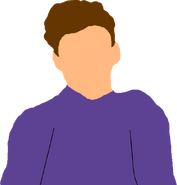 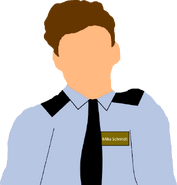