Made up Characters Wiki
Register
Don't have an account?
Sign In
Advertisement
in: KGBSpetsnaz, Mean son of bitches, Characters,
and 14 more 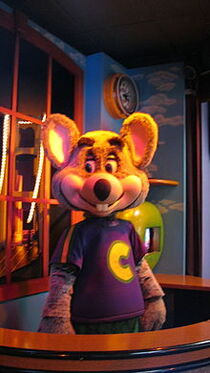 "Gotta say, tho, it's probably more easy getting into Lola's apartment than in to her pants!"
— Cheese on Lombardi

Chuck E. Cheese (real name: Charles Entertainment Cheese) is a giant, evil, perverted, villainous, good for nothing rat. Similarly to Barney, the Teletubbies, and Elmo, he has secret evil intentions as well as a cult known as “The Barney Bunch”. Perhaps he was created by The Rat King, but I think we'll never truly know.

List of Things Chuck E. Has Done Behind People's Backs